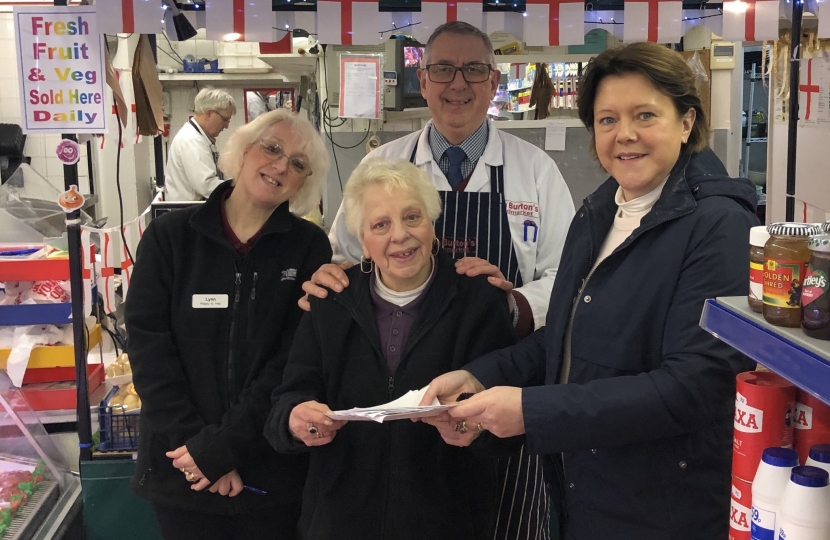 Local Conservative Candidates Maria Miller is calling for a new GP Surgery to be built in the Winklebury Centre rather than on the nearby new Manydown estate, to ensure the health needs of current local residents are given priority over new residents in homes that are yet to be built.

Local residents have been able to show their support for a new GP Surgery in Winklebury by signing a petition which will be sent to the local Health Commissioners, the Health Secretary and Basingstoke Council.

Staff at The Winkle Pub, John Burton’s, Sycamore Hall and The Pharmacy in Winklebury Centre have all helped collect signatures for the petition from local residents over the past 2 months.

Maria said, “ It would be wrong to build a new GP Surgery in the new Manydown development when Winklebury’s GP Surgery needs replacement and is only open 2 1/2 hours a week. I want to see a new full time health centre serving the needs of Winklebury residents built as part of the generation of Winklebury Centre. This can then expand to meet the needs of new residents moving to Manydown as the homes are built.

“I want a clear commitment from the NHS that they will support a new Health Centre and this petition shows the strength of feeling in the local community.

“ I would like to thank everyone who has helped gather signatures for the petition and those who have shown their support by signing the petition.“

Today we have published our Covid-19 UK Vaccines Delivery Plan, setting out how we plan to deliver the biggest vaccination programme in British history, to protect all those who need it most as quickly as possible.