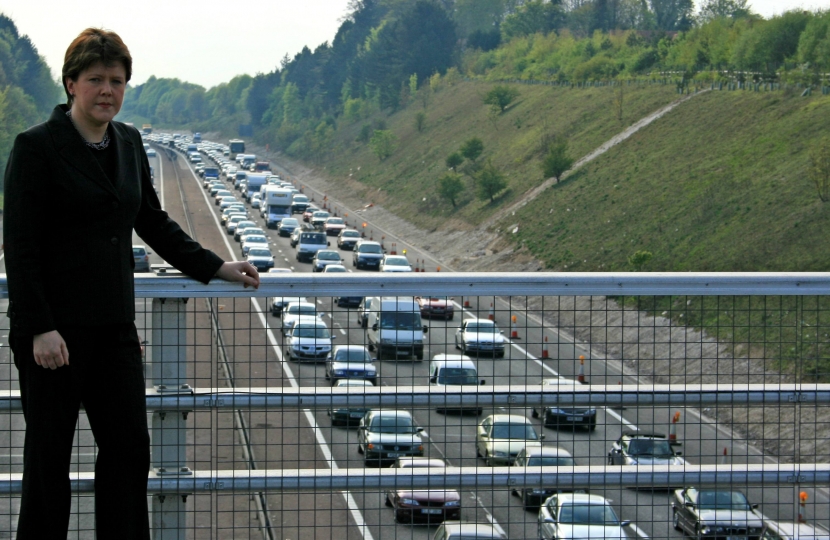 Speaking in the House of Commons today, Basingstoke MP Maria Miller has welcomed the announcement of £1.4 billion of new investment in the South East, which will help to support the 200 new businesses that have been established in Basingstoke over the last year.

This investment is part of a £15.2 billion Roads Investment Strategy, setting out how the government will invest in the roads network in England over the next five years.

Improvements to the M3 motorway, including smart motorway technology towards London, and improved junctions to the south, will bring benefits for many Basingstoke residents and businesses with more reliable journey times.

The Investment Strategy also includes £6 billion for the resurfacing of 80% of the motorways and major A roads with low noise, quick-to-fix surfacing material and Maria pressed the Transport Secretary Patrick McLoughlin for the stretches of the M3 around Basingstoke to be included in this scheme.

Maria said: “I have been campaigning for the resurfacing of the M3 at Basingstoke for a very long time, and I was pleased that the Transport Secretary agreed to look at this as part of this investment in important infrastructure.”