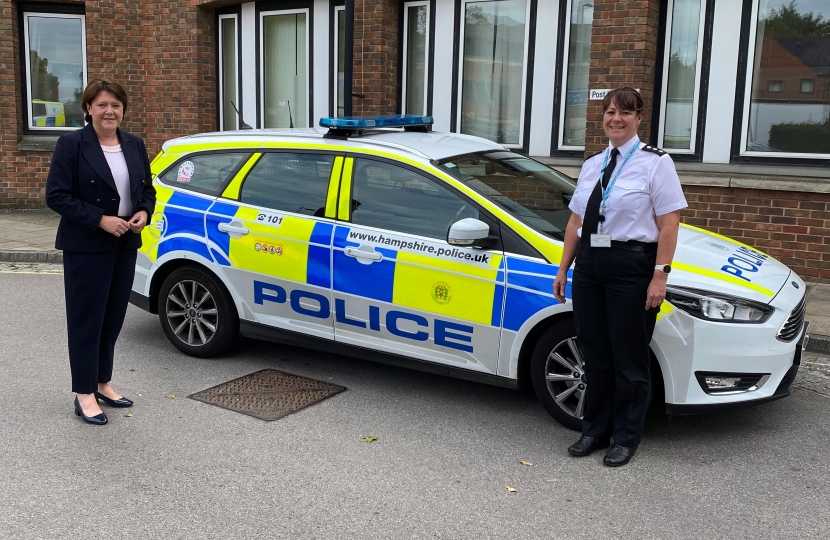 Maria and the new District Commander discussed a range of local policing issues.

Maria commented; “ It was great to meet with the new District Commander Chief Inspector Karen McManus. We discussed a wide range of local policing issues and local Police recruitment. I was particularly interested to learn about the Uplift Programme aimed at recruiting more Police Officers. The Uplift Programme is delivering for Basingstoke our share of the extra 20,000 thousand new Police officers announced by the Government. I wish the new District Commander every success in her new role in Basingstoke.”