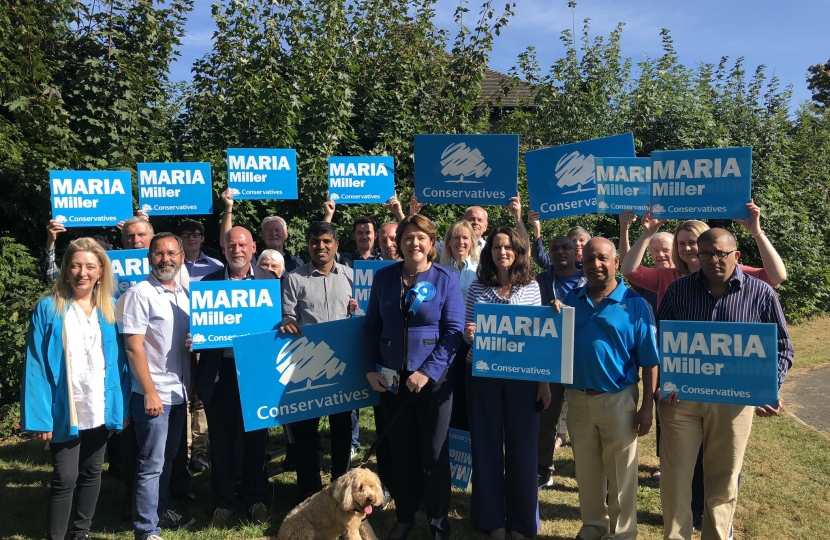 Maria Miller first joined the Conservative Party in 1983 and has held a number of posts at local level. In 2001 she was the Parliamentary Candidate for Wolverhampton North East, the constituency neighbouring where she was born. Maria was selected as Parliamentary Spokesman for Basingstoke in May 2003 and first elected as Member of Parliament for Basingstoke  in May 2005. She is an active campaigner on local issues and appears regularly in the Basingstoke media. She is a regular speaker at meetings of local groups including business groups and over 55s.

Maria believes that we need a diverse mix of people with a wide range of skills in the House of Commons. She brings her experience as a working mother and in business to all aspects of her political work.  She believes that it is vital for our system of Parliamentary democracy that politicians re-engage with all parts of the electorate. As part of this she is a regular visitor to schools and colleges in the Basingstoke area, discussing with students different aspects of the political process.

Following the General Election in 2010 and the formation of a coalition government, Maria was appointed Parliamentary Under Secretary of State at the Department for Work and Pensions. In September 2012, she was promoted to the Cabinet as Secretary of State for Culture, Media and Sport and resigned from this position in the spring of 2014.  She remains a member of the Privy Council. After re-election in 2015 she was subsequently elected by her parliamentary colleagues to be the Chairman of the Women and Equalities Select Committee.